Almost an hour North of Kaslo. I'm curious, in absence of garage sales, and there's much here to be curious about, the road is empty, there's nobody...

There's a lot of Sunday Markets here. Every community has one. I'm curious, not hopeful, just curious...

Bullshit. A couple of buskers playing badly to an audience of none. A very few stalls, nothing, a 40 minute drive for diddly, no-one here could sell their stuff - all of it - and hope to make a hundred dollars, I settle on a couple of expensive croissants - spinach and feta, chocolate, and that's it, the day is done, return to work.

Time for a haircut, head on down Vernon St. to the Gentleman's Barber.

He's good, it's not just the haircut, I could care less, but it's the lost Art of Conversation, he's Cold-Reading, raves about the Tobacconist in Edmonton, The Burlington, cuing a memory I thought I'd long forgotten, "You been?" he asks, we talk of the homelessness on Baker Street, the local reaction, they'll tolerate the vagrancy but start accosting the local youth with bad drugs and the local vigilantes will form a posse and help you out of town, other things, the many and varied topics of indifferent conversation, it's the Gentleman's Barbers...

At first I thought the movie looked promising, but then I grew annoyed that perfectly good Canadian stories have to be told by Americans and acted with English and American actors. Cultural Misappropriation.

In any event, the trailer for the movie can be watched here: https://www.youtube.com/watch?v=tCJO6Ax_ev8

I won't recommend it. But if you're curious as to who she was you can read the wiki: https://en.wikipedia.org/wiki/Maud_Lewis, or watch this old CBC biography: https://www.youtube.com/watch?v=xIr8PAO0RSA or a NFB short on her life: Maud Lewis - A World Without Shadows.

(Maud Lewis's hours in Nova Scotia, now in a museum) 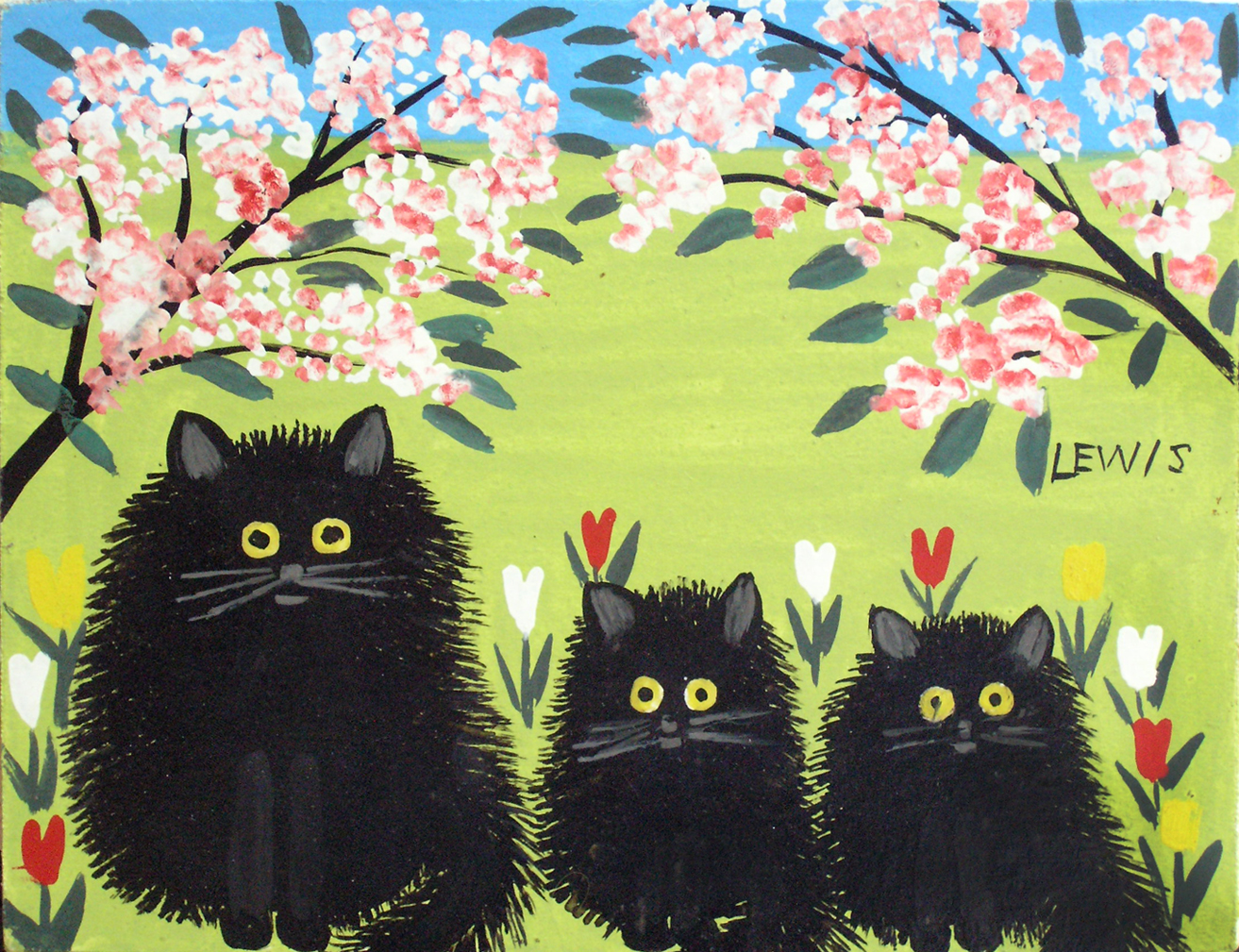 (One of Maud Lewis's many cat paintings)

"Visitors from outer space...crash land without warning...and can lie buried for thousand's of years!!" Comic book blurbs, bad computer graphics, the same image of a meteorite crashing over and over again, shedding debris, it's another "Weather Channel" spectacular. The same narrator (I'm pretty sure) as "Prospectors" - the short lived weather channel show about prospectors finding gems in Colorado, it's pretty much the same formula. 2 guys who go all over the US and the world looking for meteorites. There's the focus on the weather or temperature outside, the exaggerated perils of snakebite and scorpions, the "cool gear" they need to accompany their trips, whether it be state-of-the art metal detectors or boilerplate covered aqua-suv's, motorcycle-with-sidecar ATV's, giant metal detectors made out of PVC piping and duct-tape, but no amount of gear gets round the fact that they're just- at the end of the day- a couple of middle-aged guys with metal detectors roaming around fields.

The Formula, the same as above, occasionally pair the hunters with a "local" expert who knows where the meteorites are going to be found, a lot of searching with no luck, explanation of the jargon (Meteorite - v - Meteor-Wrong - EVERY EPISODE! WE GOT IT ALREADY!!!) , explain the types of meteorites, explain how a metal detector works, explain what a strewn field is (every episode? Really? REALLY?) finally the patience for all this searching and drivel is rewarded with a find or two, the narrator informs us of the inestimable contribution to science they're making, followed by the expert evaluation of their finds, a dollar value assignment on every find, as it's made, (would this be as interesting without the dollar value?), and you're very much left with the impression that if these two guys can make it, so can anyone.

While I don't doubt it's all true, I have to wonder a bit at some of the contrivances. For example, thy're in Sweden, pick up over 2 days $30,000 worth of finds, and then they leave? Would a gold prospector abandon his claim after 2 days? I don't think so...

Link: https://www.youtube.com/watch?v=357GmOHOz7s - I include this because the first episode is set in Canada - Alberta/Saskatchewan, the Whitecourt and Buzzard Coulee sites.

and this: https://www.youtube.com/channel/UCAcGREEGQbQV3x-CnOXcXTg/featured which is one of the meteorite men's own youtube channel where he condenses interesting information on meteorites to digestible blurbs of a minute or so. More information, less dross...