I'm pretty sure I'm guilty of this in ways I can't imagine:

in brief: "The Einstellung effect is a cognitive trap that prevents us from seeing better or simpler solutions to problems we're trying to solve."

Pretty sure the Chinese were lying, having underreported by a factor of 40X, but the Americans? Well, always America has got to be #1. I don't count stats in Turkey, Russia, where dictators control the results, or the poorer or corrupt countries of Asia and Africa, South America, or even the UK which despite it's "neo-liberal" worldview is really just another haven for late stage capitalism that makes feudalism look like the golden age.

Nope, this is America.

I mean, they're so off base they're not even wrong. They've stopped reporting, days ago it seems, to keep the panic under control, a nut-job might think this was a ploy, conspiracy, to create the one-world government, but that is the kindest of theories.

NO DOG WASTE IN THIS GARBAGE CAN, THANK YOU!

You know, probably if you looked inside (you can't, playground closed) you'd find there wasn't any... 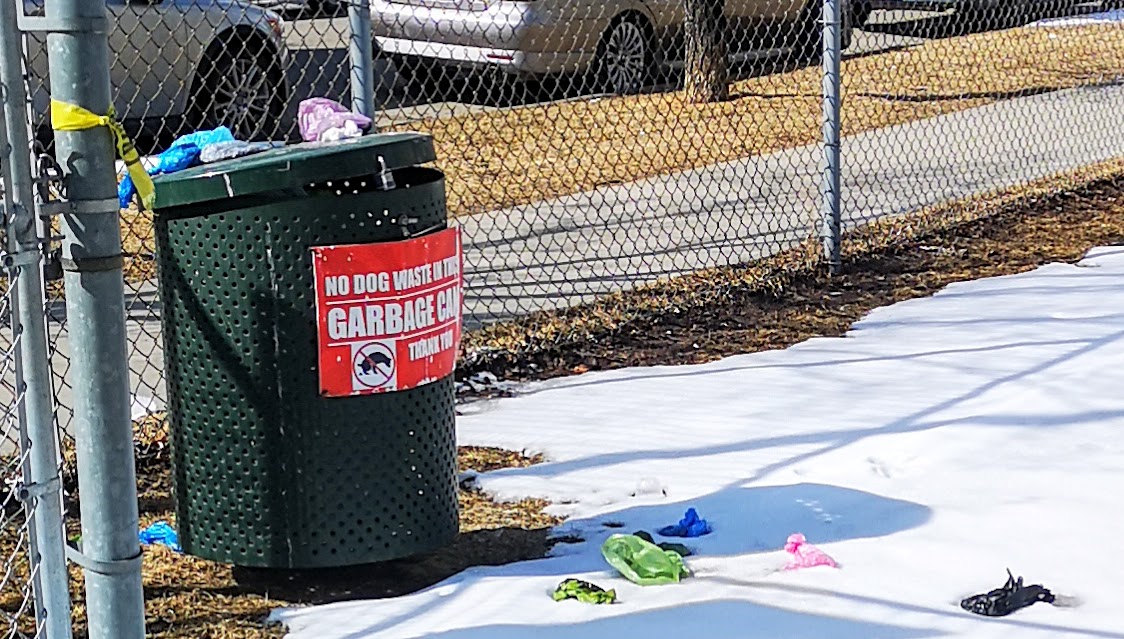