Now, Yesterday, the day I'd been dreading, long, long overdue trip to the dentist.

Misery squared, an hour and a half of drilling, fillings, the smell of burning bone, suction, mouth - ugly mouth filled with broken and tobacco stained teeth, getting hammered upon, patches of low anesthesia, topped up....

And an hour and a half later, mouth frozen and still stuffed with bloody gauze, and I'm done.

All that said - it was misery, but they were remarkably quick and efficient. And while there will be more trips that was by far the worst of it.

The July Long weekend will be now spectacularly long, tourists served by a jack-o-lantern, but - sometimes it's necessary.

Now to work on quitting smoking...

Tuesday, Wednesday, at the thrift shop. Tuesday riding truck, to the dump, the recycle, load up new donations, bring to shop.

It's not so bad, the driver, he stops at every gas station he passes to go to the bathroom, buy junk food, just take a break...

He's pretty laid back. The conversations, the same, about how nothing ever gets done at the thrift shop, about how underpaid this job is, etc, etc.

Wednesday, in the shop, now unpacking, sorting, all day long, the donations that have come in, it's an unstoppable tide. I've made Michael a going-away t-shirt, "painted it myself", ridiculous, he in turn has found a pewter prospector/donkey on a big chunk of Pyrite, so we're in a way even.

And - by 4:00 I'm done, until the fall at least, where I'll be content to do this on a volunteer, less full-time basis.

My summer draws nearer and nearer...

4 days this weekend at the restaurant...and I'm working with Sketchy East Shore Pam.

And the other waitress, Cathy, who is a professional server and knows what she's doing.

She's not a problem.

But Sketchy East Shore Pam, on a variety of anti-psychotics, probably drunk, and - I'm increasingly of the opinion, high on meth, is proving a nightmare.

I overlap shifts with her - I open, she starts at 4:30. She has to take the Ferry to get here. And when she gets here she always needs a few minutes to put on her makeup.

And she starts. And she's nothing but pure chaos, she gets to her table limit, which is two, maybe three, and so I'm staying now into the evening picking up the tables she can't handle. And looking after the tables she says she can. And I can't complain because otherwise I'd be doing it myself, - anybody is better than nobody, but she's a fucking nightmare. It's like paying someone to do it yourself. She's lost, lost, lost. And I want out. And she chatters endlessly, tells me how much she's done this, how good she is, how fancy her manners are - and it's all "Nope", be pleasant - but - ....

She calls the Cathy in tears. I was an asshole and left her with the close by herself and her cash doesn't balance and...

Cathy and I, we're of a similar mind. We laugh. But she's a fucking nightmare.

This morning, early at work - because even with an hour and a half to close I'm going to have to do it again - sweep, mop, etc, etc.

Sketchy East Shore Pam, would fit right in at Newkey's on the East Shore, but she ain't fitting in so well here...

Up Early, The Balfour Eagle

Up early, testing out the camera. There's great photo opportunities, only I'm not particularly in the mood to take them. Still - new phone, new camera, great results on a few hasty snapshots: 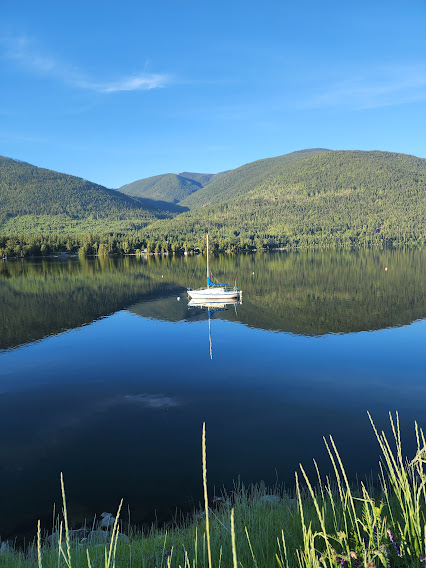 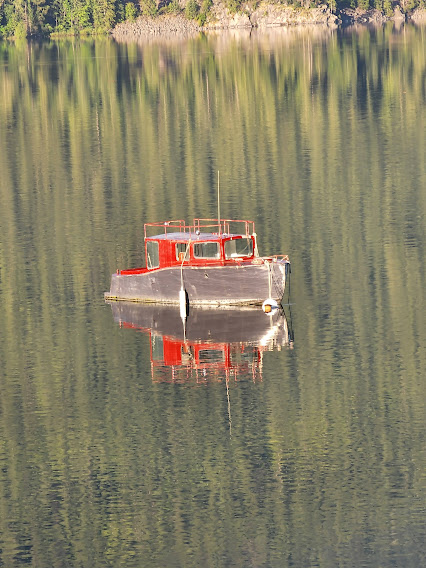 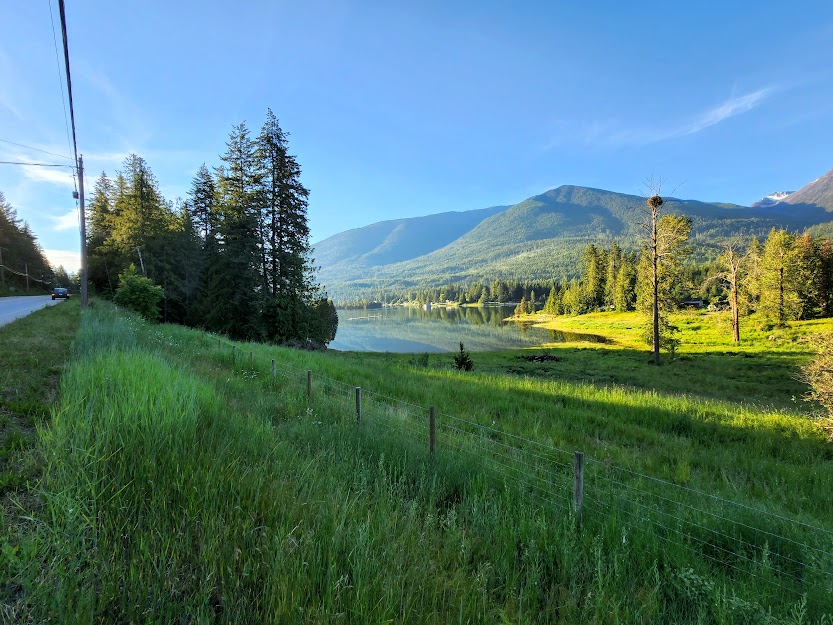 And, testing out the zoom - see the eagles' nest in the right of frame? 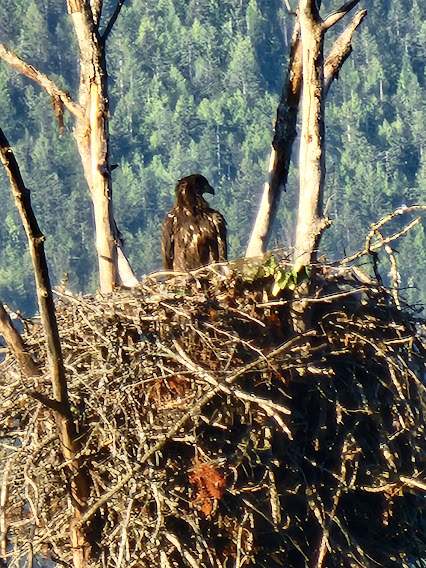 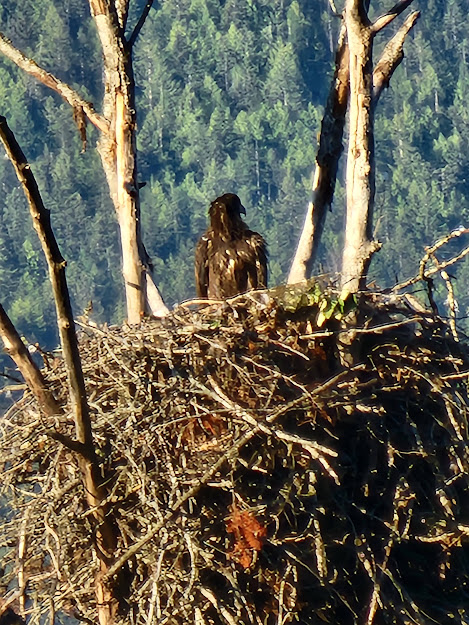 Zoom-Zoom. Great camera, indifferent photographer, but days off and adventures await, it'll get better I promise...